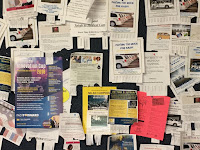 In January 2018, the U.S. Department of Health and Human Services issued a report with several other agencies "to identify instances in which the State agencies that administer the State Medicaid program did not comply with Federal waiver and State requirements for reporting and monitoring critical incidents involving Medicaid beneficiaries with developmental disabilities who reside in group homes." [page 3 of the Report] The Federal waiver refers to Home and Community Based Services (HCBS) that are provided to people with developmental and intellectual disabilities who live in community settings rather than in institutions such as Intermediate Care Facilities for Individuals with Intellectual Disabilities (ICFs/IID). Although blanket assertions are often made that living in community settings is superior in every way to living in an ICF/IID, the safety and oversight of community group home settings are
being questioned in this report.

The following is a summary of the report with comments from VOR, a national nonprofit organizations that advocates for high quality care and human rights for all people with intellectual and developmental disabilities. Many VOR members have family members who are residents of ICFs/IID or have needs similar to this population.

[This was published in the 2018 Spring edition of the VOR print newsletter , The Voice.]

In January of 2018. three agencies operated by the U.S. Department of Health and Human Services, acknowledged systemic shortcomings in protecting residents of HCBS waiver group homes from incidents of abuse and neglect. The Office of the Inspector General (OIG) determined that up to 99 percent of these critical incidents were not reported to the appropriate law enforcement or state agencies as required. The report stated, “Group Home beneficiaries are at risk of serious harm. OIG found that health and safety policies and procedures were not being followed. Failure to comply with these policies and procedures left group home beneficiaries at risk of serious harm. These are not isolated incidents but a systemic problem – 49 States had media reports of health and safety problems in group homes.”

The report grew out of investigations into under-reporting of critical incidents by group home providers in Connecticut, Massachusetts, and Maine that had been conducted by the OIG in 2015. The reports found drastic under-reporting of incidents resulting in trips to the emergency room and/or hospitalizations by group home providers. Concurrent with those investigations, the Inspector General also looked into critical incident reporting by ICF’s in NY State. That investigation determined that NY’s ICF’s had an excellent record of reporting incidents, and that no actions or recommendations were necessary.

In conclusion, the three agencies proposed that the Center for Medicare and Medicaid Services (CMS):
1. Encourage States to implement comprehensive compliance oversight systems for group homes, such as the Model Practices, and regularly report their findings to CMS;
2. Form a “SWAT” team to address, in a timely manner, systemic problems in State implementation of and compliance with health and safety oversight systems for group homes
3. Take immediate action in response to serious health and safety findings, for group homes using the authority under 42 CFR § 441.304(g).

Comments: Most families who have signed the HCBS Waiver would have had reasonable expectations that the four oversight components listed above were in place all along. The first three of these components are mandatory licensing requirements of Intermediate Care Facilities. As for the “SWAT” teams, isn’t that the job that has been expected of Protection and Advocacy agencies in each state? If not, then what is expected of them by HHS and CMS? And why do these agencies tell us that our loved ones can receive the same level of care in group homes that they receive in ICF’s, and encourage us to leave the ICF’s, when they know that these problems remain unchecked in the HCBS waiver system?

"The great enemy of the truth is very often not the lie -- deliberate, contrived and dishonest, but the myth, persistent, persuasive, and unrealistic. Belief in myths allows the comfort of opinion without the discomfort of thought."

“You may choose to look the other way but you can never say again that you did not know.”

Jill Barker
I am the mother of two adult sons who are profoundly mentally and physically disabled. I support choice, meaning the availability of a full range of services and settings to meet the diverse needs of people with developmental disabilities. For those who cannot speak for themselves, the best advocate is a parent, other family member, or close friend who is not only aware of the individual's needs, but cares deeply about what happens to the person. Guardianship is often the best means to assure the rights of people who cannot exercise their rights on their own behalf. VOR Member; Just Us Club Board of Directors (after-school, respite, and activities for DD in Ann Arbor, MI); former President of Friends of DD, Washtenaw County, MI; Member of Michigan Developmental Disabilities Council 2013 to 2016.